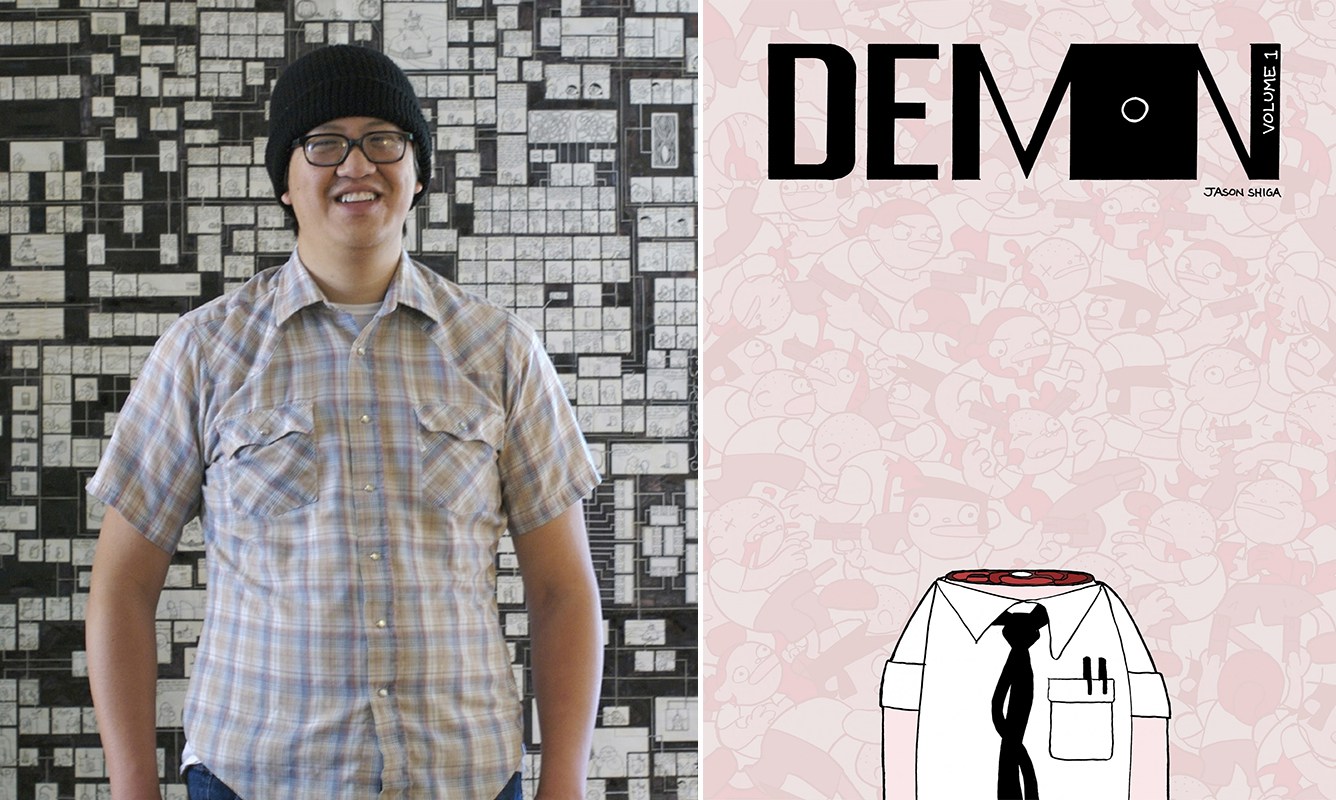 Stay Nerd had the pleasure and honor to talk to Jason Shiga, author of the globally acclaimed comicbook series Demon, recently published here in Italy, by Coconino Press. Find out what we discovered, in the following interview! 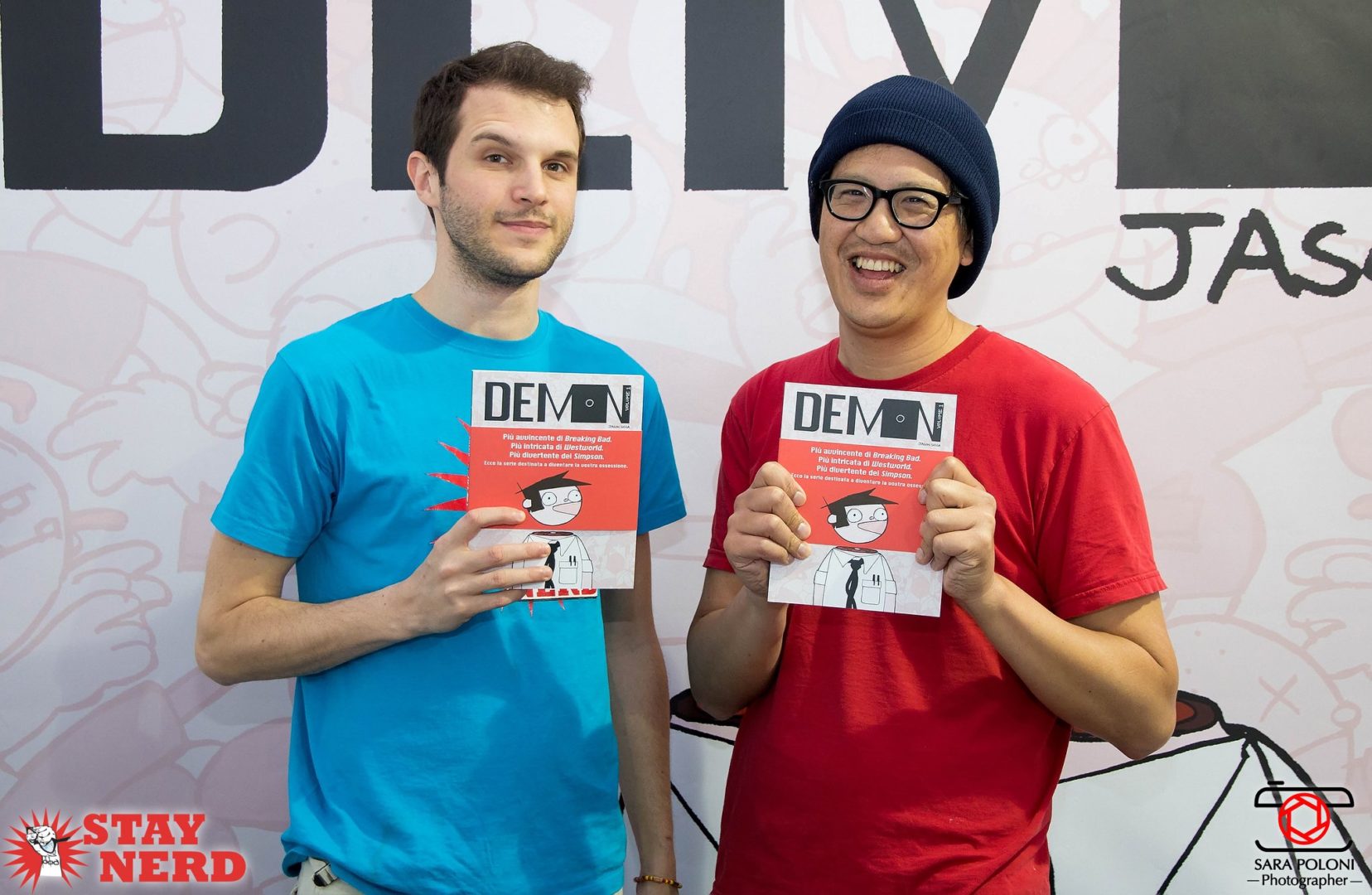 Hi Jason! First of all, thank you for this interview. We’re excited for the italian release of the first volume of your comicbook series, Demon. How would you introduce it to us?

I don’t want to give too much away, so I’ll only talk of the beginning. The story starts with a man in a filthy motel room, in Oakland, who wants to commit suicide. But he discovers, after killing himself, that he’s still alive, waking up in the same motel room, without a single scratch on his body. So he tries again, and again, he keeps trying to kill himself but every time he wakes up unharmed. That’s the first 30 pages, in the rest of the book he tries to figure out what’s going on, why he can’t die and how to use this power to take over the world.

That’s a very strong idea, combined with a minimal style of visual storytelling. How much does the web and its typical narrative influence your work?

I’m actually a relative newcomer to webcomics. I’ve been making comics for about 20 years and I’m a little “late”, speaking about webcomics! (ride) My background is more based on mini-comics, that’s how I started. And it turns out, as you said, I have a very simple style, that works really well with the web. We can say it was a lucky coincidence for me! However, one thing I like about webcomic it’s being able to interact with my readers, at least more easily than how it is with published books. I can adapt my story, depending on what readers understand or predict, I can try to subvert their expectation! (ride)

You’re accostumed to unconventional techniques of narration: puzzles, mazes, mathemathics… Is it natural to you, or something that you constantly aim to? 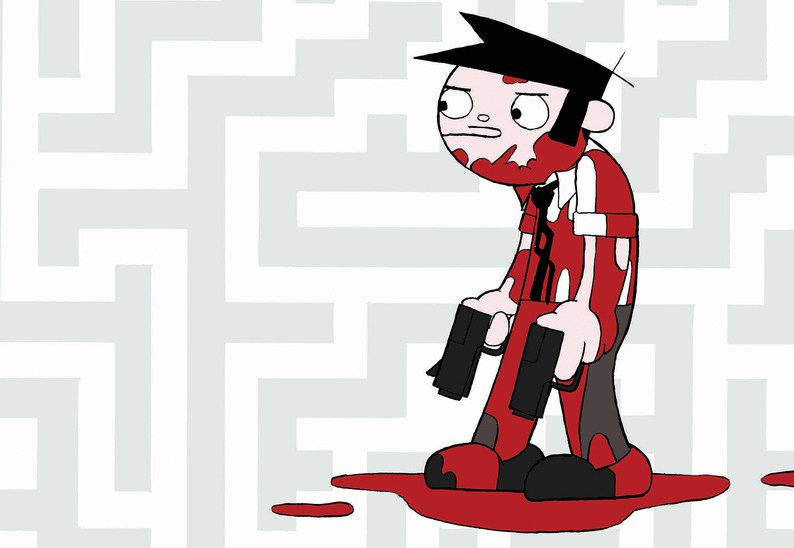 In the era of multimedia, do you imagine, and would you like, an adaptation of Demon for other mediums?

Yes, of course! I think it would land naturally to a serialized format, like television, because the book itself is serialized, there are cliffhangers and a long story arc… But, for me, comics is the best medium of all. I feel that the best comics are better than the best movies and TV series.

This is a real long topic, I could go on for hours! (ride) I’ll give you my shortest answer. A comic represent the vision of one person, the author. Reading a comic, you can see the world trough one person’s view of the world, is a bridge to someone else’s mind. TV and movies are a more collaborative medium, you can do things there that are difficult for comics, like special effects. But, for me, one of the strongest things that art can do is connecting you to another human. And I feel that comics are the best tool to do that.

You’re also a mathematician! Maths, physics and science in general often recur in your stories. Do you think they can be a strong narrative element?

Yes! Before I discovered comics, I studied mathematics in university. It’s something that I always loved: puzzles, games, paradoxes, they are like candies for my brain! And for me, one of the great pleasures of a well constructed story is the process of discovery, almost like mathematical or scientific discovery. You have the ground rules, then the turn comes and you have that same feeling in your head, like you just discovered something. “Eureka!” I build my stories around that. Also, I like to think almost everything in my stories can be predicted, every step is logical and based on the previous one. 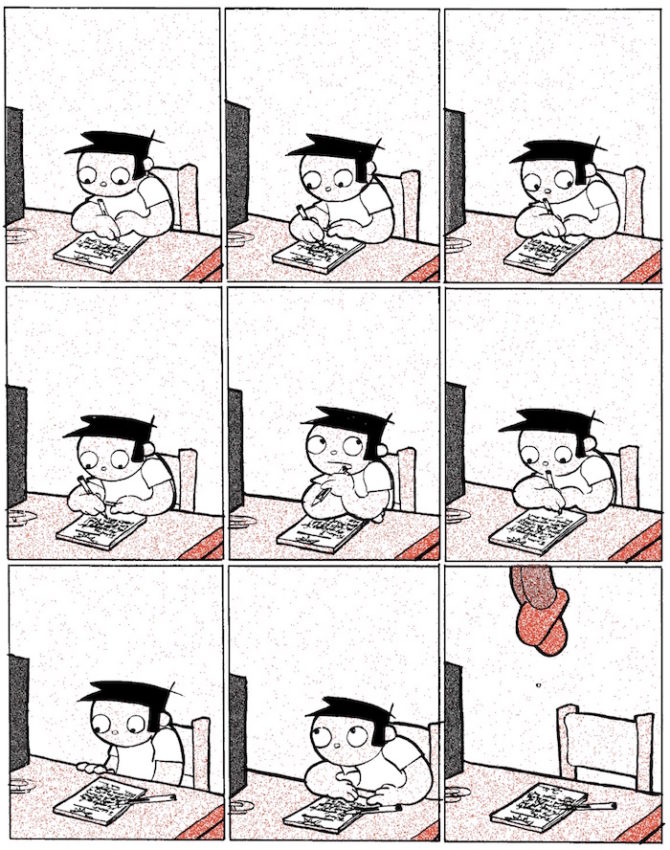 So, in conclusion, how would you describe Demon with only three words?

Perfect! Thank you, Jason, by all our readers. And see you soon!